The volatility of fuel prices has changed the way businesses carry out on-field operations. It has forced firms to come up with strategies for lowering the cost of doing business. Part of such plans involves leasing of double-walled containment fuel tanks. In such as case, companies no longer have to buy fuel in a piece-meal fashion and suffer the consequences of price fluctuation. If you run a business that primarily relies on fuel but you still have an underground fuel tank, then you need to rethink through your storage strategy. You stand to benefit a lot from hiring self-bunded fuel tanks. This post highlights the benefits.

Expert Handling During Relocation — When planning to relocate a business, a lot of consideration must be taken before moving fuel tanks, especially underground tanks. First, the ground must be excavated to install an underground tank, which is a project that consumes a lot of time and resources. Second, handling fuel tanks during relocation is not a job for the average Joe. Notably, your facility or premises manager might not be the right person to oversee such a project. However, hiring a fuel tank eliminates relocation headaches since rental firms have the expertise necessary to move, load, unload, and install the fuel tanks. Additionally, most self-bunded fuel tanks rental firms deliver the containers at no extra cost.

Easy Setup — When installing an underground fuel tank, safety standards require the construction of an external concrete wall to prevent possible leakages from contaminating the surrounding environment. In addition to being an expensive undertaking, such structures take up lots of on-site space. With a self-bunded fuel tank, however, you do not need to construct external reinforcements. Most importantly, however, is the fact that hiring fuel tanks helps to save space that can be used for other profitable business ventures.

Unrestricted Expansion — Traditionally, logistical challenges have been the limiting factors whenever businesses thought of setting up infrastructure in remote areas. However, this is changing because more companies are looking for clients from all over the world, including remote locations. Notably, the availability of rental fuel tanks has made it possible for telecommunication firms to set shop in remote areas. The portability of double-walled containment fuel tanks, therefore, eases business expansion prospects. On the other hand, the initial cost of ownership involved in setting up underground storage tanks is prohibitive. Further, the cost of shifting business operations from one location to another within the same region is costly with underground fuel storage tanks. 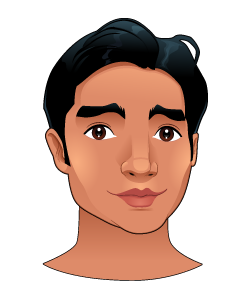 I would like to offer my readers the warmest of welcomes! My name is Gary and I live in a small town on the Gold Coast. Last year, I decided I would like to start my own business. However, I realised that I didn't have a clue about what starting my own business would entail. I decided to dedicate the next year to learning all I could about the local businesses in my area so I could work out what made them successful. I spent a long time talking to local businesspeople and I learnt a great deal. I hope you like my blog!

Why You Should Never Try And Alter Your Rare Earth Magnets On Your Own
7 July 2020
Most industries that use magnets in their products or machines tend to use rare earth magnets for a number of reasons. Firstly, rare earth magnets are …

The Most Affordable Way To Get Holiday Themed Uniforms For Your Staff
7 July 2020
It seems like every week there is a new holiday that brings about a whole wave of retail enthusiasm, from the large ones like Christmas and Valentine' …